I promise I'll have some bigger home stuff to share again eventually, but in these first few weeks of summer the progress around here has not been terribly visual.  There has been a lot of talking, planning, shopping (but not yet buying), list making, and so on.  The more observable accomplishments have been a few little crafts that Pinterest helped me with.

The kids and I made Sharpie mugs for Mike and the grandpas for Father's Day this year following the directions on I Heart Arts n Crafts.  We also made a soup bowl for Mike since that is what he often eats at work for lunch.  He now has a matching bowl and mug to keep there.

I found all of the supplies (mugs, soup bowl, stickers) at our local dollar store with the exception of the paint markers.  I got those at JoAnn's with that handy 40% off coupon, of course. 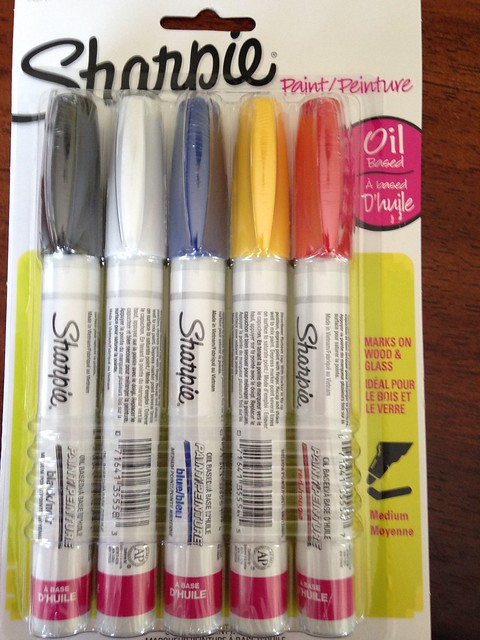 I stuck the letter stickers on the mugs, let the kids put the star stickers where they pleased, then and gave the kids a quick tutorial to get them coloring over the stickers thoroughly. 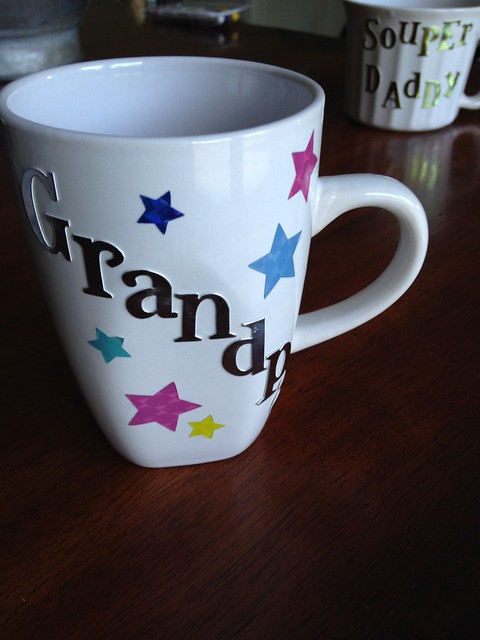 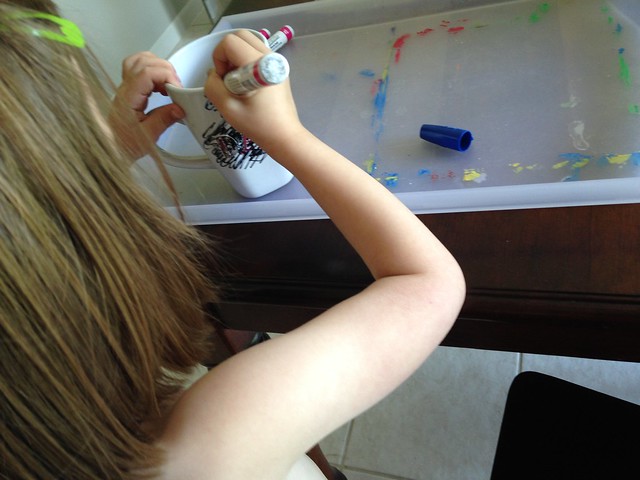 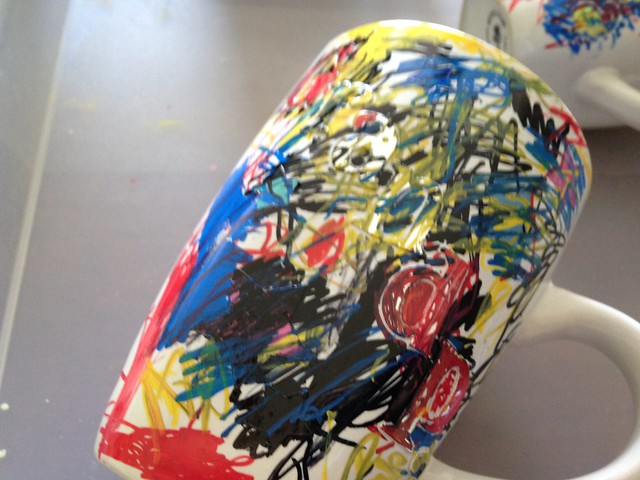 While it seemed a bit more like a toddler craft to me at first, I imagine a two or three year old would lose interest in this task long before they really covered those stickers with those fine tips.  Four or five-year-olds are probably more suited for this work.  Even with my committed artistes I had to do some touch-ups to get the outlines solid.

We baked the pieces as directed (350 for 30 minutes), let them cool, and had some fun gifts for the fellas! 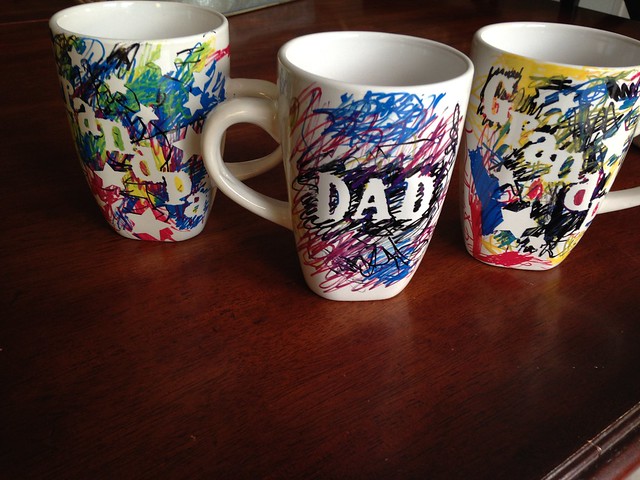 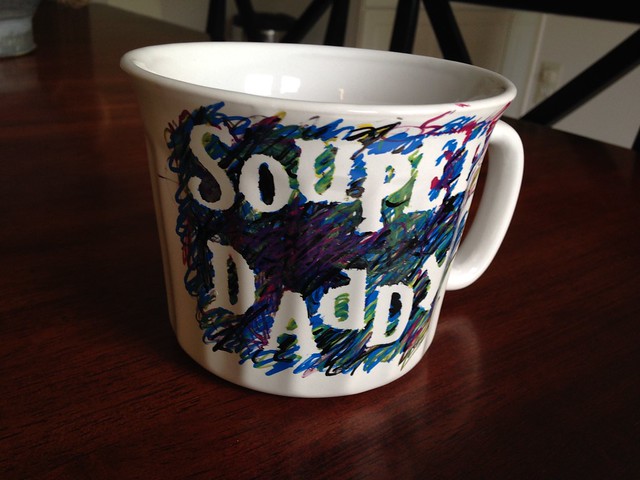 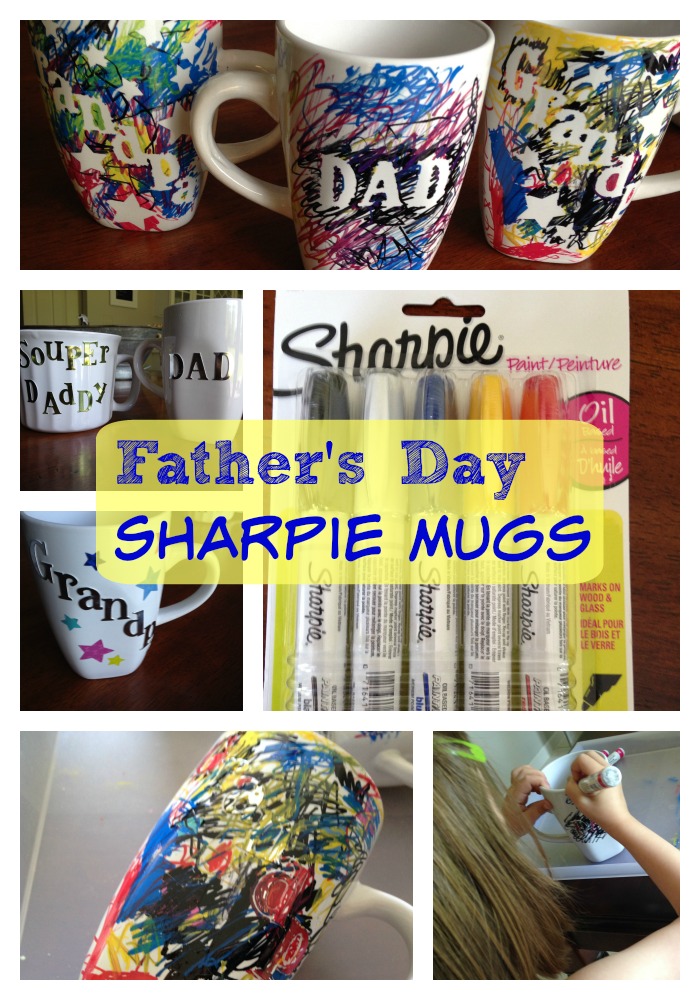 Posted by livinginduring at 2:24 PM