I found myself killing a little time in Tuesday Morning the other day and decided to look for some inexpensive holiday pillows.  Instead I found towels. 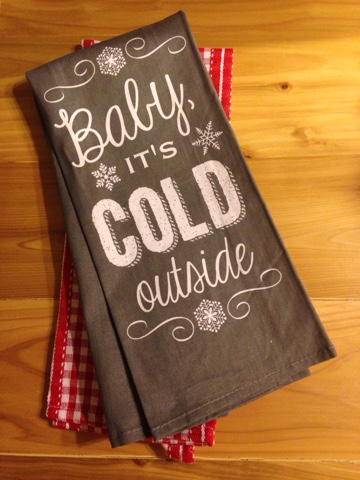 At home I matched the towels up with some pillow inserts I already had on hand and got to work making two envelope pillow covers from the larger towels and two permanent smaller pillows from the others. 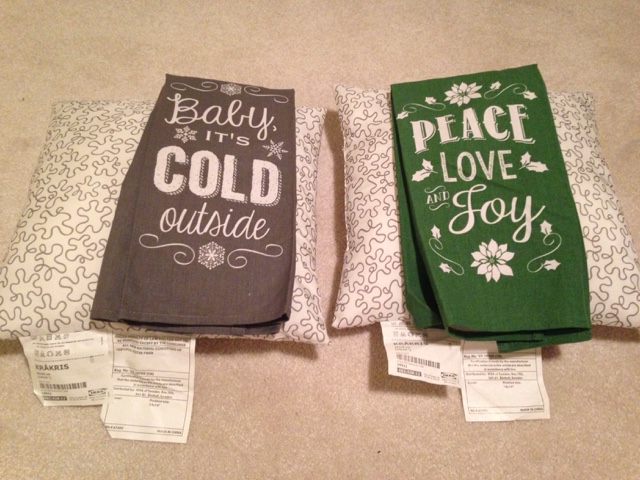 I bought those IKEA Krakris pillow inserts years ago, but they've never been quite the right fit for anything until now.  It's clearly their destiny. 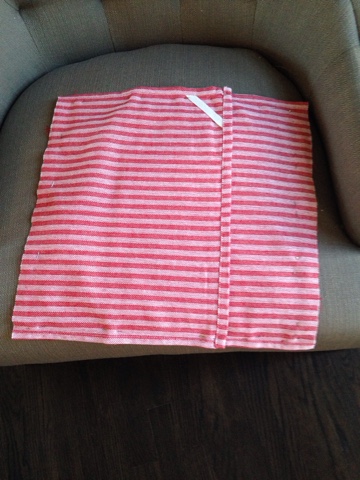 The great thing about using towels for this is the ends are finished already.  An envelope cover is as simple as cutting, pinning, and sewing the square.  I did the first part while watching a cheesy Christmas movie after the kids were in bed and sewed them up while the kids ate breakfast in the morning. No major time or effort involved here! (Hand stitching the bottoms of the smaller pillows did take a bit longer, but not much.) 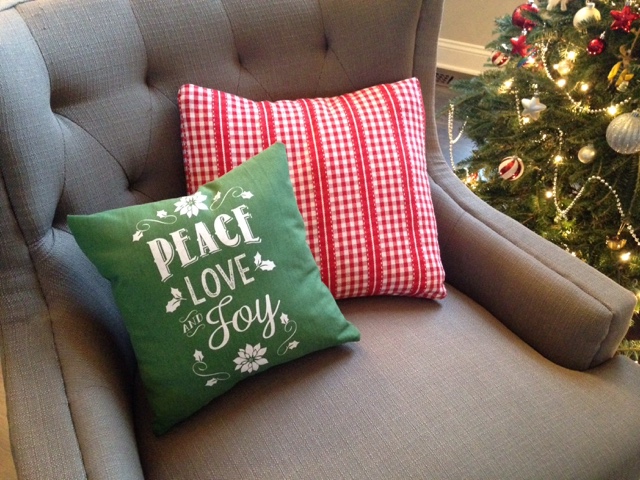 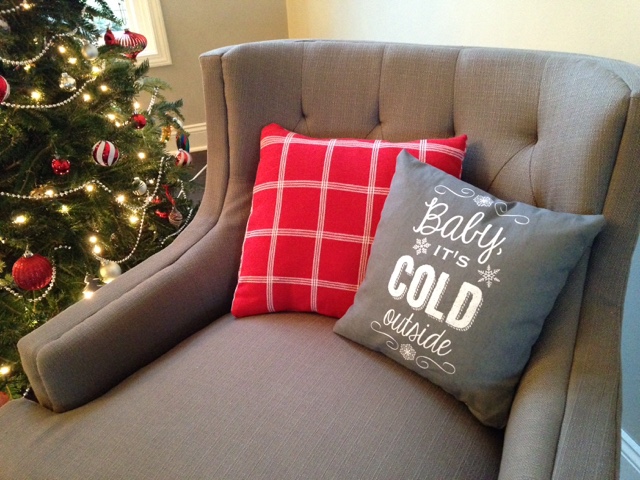 I'm crazy about the retro cottage look that our house is taking on as we update our main floor while simultaneously preparing for Christmas.  I will share more soon!

Posted by livinginduring at 5:57 PM