Organize a Kitchen Pantry with Baskets


When our kitchen pantry started feeling out of hand, I made a plan, and organized each shelf with baskets.  It looks and functions so well now! 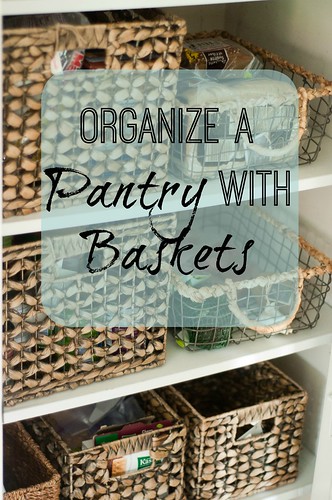 The pantry organization we used in the old house didn't quite translate to our current one, but I chose to wait to reorganize until I had a better sense of how this house would function for us.  A year and a half later, a few goals emerged 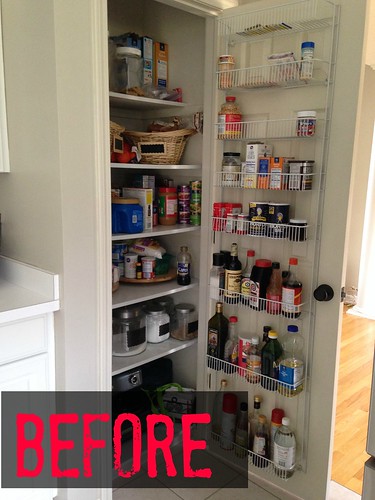 Store spices so they can be seen and used easily.  In the deep shelves of this pantry, we were storing our spices behind the bread and produce baskets, and all of those little bottles were tough to access and arrange logically.

Create a space for kid dishes and snacks where they can access them.  In the past, keeping crackers and cereal where only adults could reach them was fine.  Now that our kids are quite self-reliant, holding them back from serving themselves, especially with lunches to pack on the horizon, just wasn't making sense anymore

Better utilize the depth of the pantry shelves.  By putting those baskets in front of the spices and even using our old lazy Susan's, we came close to making the most of the new pantry space.  However, there was more potential for functionality.

The day before I took on this project fully, I measured the shelves, made a rough plan mentally, and made a trip to Home Goods. I bought five rectangular wicker baskets (two large and three small) and two medium sized metal wire baskets.  I brought up one rectangular basket from the basement to use as well.  I probably looked a little nutty at Home goods measuring the various baskets, arranging them in pairs, and so on.  However, by taking the time to measure and play around a bit in the store, everything I bought ended up fitting just as I imagined. 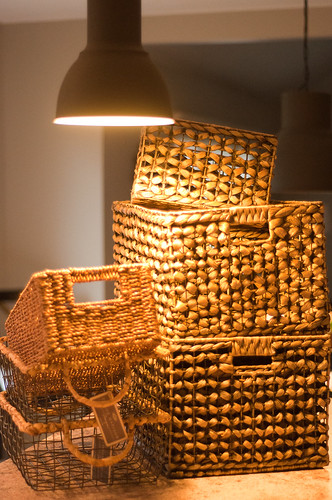 As odd as it may seem to some, I was pretty excited to see those baskets waiting for me the next morning, urging me to get started.  I did so by emptying all of the shelves, tossing out all expired items, grouping like items together, and giving the pantry shelves a good spring wipe-down. (Michael and Sophie got a little extra tablet time that morning.  It was spring break.  Live it up!) 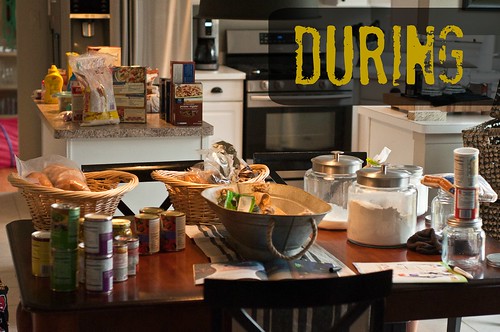 I used one large rectangular basket for dry goods like pasta and rice and the other for jars and cans.  The shape of the baskets makes use of the height and depth of the shelves, and they pull out easily like drawers.

I replaced the round bread and produce baskets with the rectangular wire ones that provide more space and allow us to see the contents (and toss them before they get...colorful). 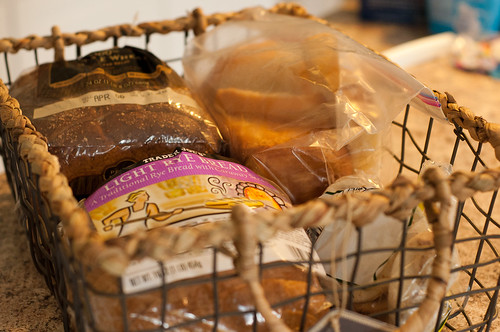 This is what works for us right now, but of course these things can change by family and even by our own needs at any given stage. 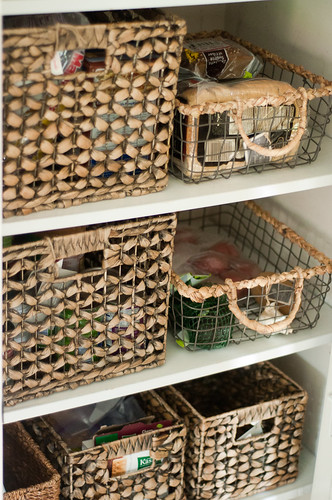 The kids were thrilled to see their snacks and dishes moved to an accessible level. 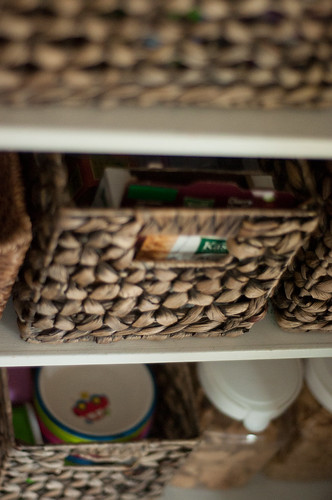 Michael and Sophie now love getting snacks and breakfast for themselves.  With fruit on the kitchen table, cheese in a low fridge drawer, and water on the refrigerator door, all they really need help with now is milk if it's pretty full.  This arrangement is glorious!  Since we've been pretty disciplined about acceptable snack choices and portion sizes for the last five years, those issues have not been much of problem thus far.

I decided to relocate the spices to a drawer and ordered spice drawer organizers from Amazon.com.  I bought three of them, but after tossing out our older spices, I was able to fit the remaining ones on two in a smaller drawer than I originally intended.  Once these two fill up, there will probably be spices to discard again, but that third organizer is in the basement if needed.

I kept a shelf on the pantry door organizer available for larger spices.  Baking supplies, sauces, oils, vinegars, and syrups all have designated door space as well.

I was ready to give our glass canisters a new look, and the old chalkboard labels peeled off easily.  I decided to label the canisters this time simply with a dry erase marker.  We'll see if I step that up later, but for now it works. 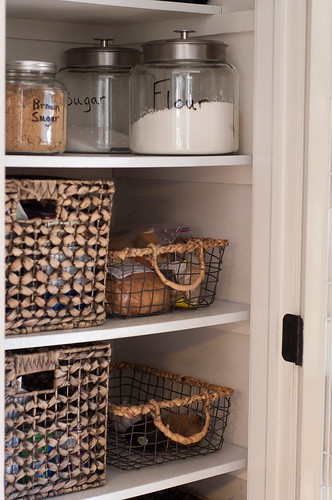 I wish I could say that I got the baskets and spice organizers for a steal, but I spent about $100 on this project.  Since end result functions far better and makes us happier to use (or just stare at in awe), the investment was worthwhile.


Posted by livinginduring at 4:14 PM